What is the Baptism in the Holy Spirit? 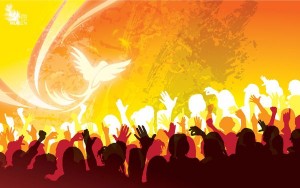 The Baptism in the Holy Spirit means literally "to be fully immersed in the Holy Spirit." The Greek word for baptize which is "baptizo" means "to dip or immerse." Jesus described it to His disciples as an empowerment they would receive which would fully equip them to be witnesses on His behalf. Luke 24:49 KJV says, "and, behold, I send the promise of my Father upon you: but tarry ye in the city of Jerusalem, until ye be endued with power from on high."  So the specific purpose of this baptism was to "endue us with power from on high." The Greek word used for "endued" is "enduo" which means "to be fully clothed." The Greek word for "power" is "dunamis" which means "supernatural power to achieve by the Lord's inherent abilities," it is the root word from which we get the English word "dynamite."

So apparently this baptism is related to an equipping to do supernatural things for the glory of God. We see the fruit of this empowerment manifesting in various signs, wonders and supernatural occurrences all throughout the book of Acts. There are two main positions in modern Christianity regarding when the Baptism in the Holy Spirit occurs for the believer. One is that every believer is automatically baptized in the Holy Spirit as soon as they receive Jesus Christ, and the other is that believers receive the Baptism in the Holy Spirit subsequent to receiving Christ conditioned upon their seeking it. To start let's take a look at the explanation and Biblical data for the first position:

In this position we find the primary assertion to be that every single believer is baptized in the Holy Spirit from the moment they believe the Gospel. This would imply that each believer is fully immersed with dynamic power from the Holy Spirit from the moment they are born again and they immediately have all that they need to do supernatural feats for God's glory. This view is predicated upon 1 Corinthians 12:13 which says, "For by one Spirit we were all baptized into one body, whether Jews or Greeks, whether slaves or free, and we were all made to drink of one Spirit." The problem with using this scripture to teach that believers always receive the Baptism in the Holy Spirit at the moment of salvation is that it is saying something completely different. It says "we were all baptized into one body," this is referring of the baptism into the Body of Christ not necessarily into the Holy Spirit's dunamis power. It reads literally "we were all dipped/placed into one body." Now make no mistake the Holy Spirit is the one who places us into the Body of Christ when we believe and takes residence in our soul and body, but this doesn't mean He always immediately endues us with special power to achieve supernatural feats. The scriptures give examples of both immediate baptism in the Spirit and subsequent baptism in the Spirit.

Here is the key: when a person believes the Gospel they are immediately indwelt by the Holy Spirit (see Ephesians 1:13), when a person believes for empowerment they are immersed in the might of the Holy Spirit. This can occur simultaneously or in the following order: 1.) Indwelling of the Spirit 2.) Immersion of the Power. I will give three examples from scripture, one in which the indwelling and the empowering happened simultaneously, and two in which the indwelling happened first and the empowering happened subsequently.

Example 1- The household of Cornelius:

Acts 10:44-46-"While Peter was still speaking these words, the Holy Spirit fell upon all those who heard the word. And those of the circumcision who believed were astonished, as many as came with Peter, because the gift of the Holy Spirit had been poured out on the Gentiles also. For they heard them speak with tongues and magnify God."

In this passage Peter preached the Gospel to an entire family and the "gift of the Holy Spirit was poured out on them." This language is referring directly to the words of Jesus and the outpouring of the baptism in the Holy Spirit in Acts chapter 2. So it serves to show a very clear instance in which God poured out Holy Spirit power upon a group of people as soon as they believed.

Acts 8:14-17-"Now when the apostles who were at Jerusalem heard that Samaria had received the word of God, they sent Peter and John to them, who, when they had come down, prayed for them that they might receive the Holy Spirit. For as yet He had fallen upon none of them. They had only been baptized in the name of the Lord Jesus. Then they laid hands on them, and they received the Holy Spirit."

Example 3- The Apostles of Christ:

John 20:19-22- "Then, the same day at evening, being the first day of the week, when the doors were shut where the disciples were assembled, for fear of the Jews, Jesus came and stood in the midst, and said to them, “Peace be with you.”When He had said this, He showed them His hands and His side. Then the disciples were glad when they saw the Lord. So Jesus said to them again, “Peace to you! As the Father has sent Me, I also send you.”And when He had said this, He breathed on them, and said to them, “Receive the Holy Spirit."

In this passage we have the apostles gathered in a room just after the resurrection of Christ. Jesus appears to them and they immediately fulfill the NT requirement for salvation which are: 1.) Confess with your mouth "Jesus is Lord.(Rom. 10:9)" (The apostles had already made Jesus their Lord by following Him and calling Him Lord frequently), and "believe in your heart that God raised Him from the dead (Rom. 10:9)" (This is the first recorded appearance of Jesus to the disciples in which they would now believe He was raised from the dead). Therefore, Jesus breathed on them and said, "receive the Holy Spirit." At this moment the disciples were indwelt by the Holy Spirit and considered born again believers. But they had yet to receive the power of the Spirit, so Jesus later tells them this:

Acts 1:4-5-"And being assembled together with them, He commanded them not to depart from Jerusalem, but to wait for the Promise of the Father, “which,” He said,“you have heard from Me; for John truly baptized with water, but you shall be baptized with the Holy Spirit not many days from now.”
So we can see that although the disciples had received the Holy Spirit when Jesus breathed on them they had yet to receive the baptism in the Holy Spirit which would "endue them with power from on High." As a matter of fact the disciples spend many days praying and seeking God for His empowering before attempting to enlist into the battle for souls against Satan. We ought to take this example to heart and apply it to our own lives. Do you seek God for His power regularly in order to be a faithful witness for Him? I pray you will. Let's now take a look at the explanation and Biblical data for the second position that we discussed earlier in this article:

In this position we find the primary assertion to be the Baptism in the Holy Spirit happens only subsequent to receiving Christ conditioned upon their seeking it, which is true in some cases as we have shown earlier. But Pentecostal and some Charismatic churches take it even further to say that the sole evidence of this Baptism is that the one receiving it speaks in tongues as a result. The reason that they come to this conclusion is because in the majority of occurrences in which a person was baptized in the Holy Spirit in the book of Acts we see the gift of tongues accompanying it (Acts 2:4, 4:31, 8:12-17, 10:44-46, 15:7-9, 19:1-7). The problem with this interpretation is that while the gift of tongues was present in MOST of these instances it was not present in ALL of these instances. We also see other gifts such as prophecy, speaking the Word of God with boldness, and magnifying God being present in these different examples. We also see two examples in Acts 4 & 8 where the gift of tongues in not even mentioned. Therefore, we cannot build a concrete doctrine which asserts that tongues is the sole evidence of one being baptized in the Holy Spirit. For more information on the gift of tongues CLICK HERE.

In closing I want to reemphasize the Biblical view regarding the baptism in the Holy Spirit in a concise manner. The Baptism in the Holy Spirit is an empowerment from God that uniquely equips the believer for witnessing on behalf of Christ. It is commanded to be received by Jesus. It may or may not accompany the gift of speaking in tongues as observed in scripture.This baptism may happen at the moment a person believes the Gospel or subsequent to when they believe the Gospel as observed in scripture. All in all I encourage everyone from any denomination to discuss this topic with the whole of scripture in mind, and seek God for this empowerment every day of their life. I pray you were blessed by this article! 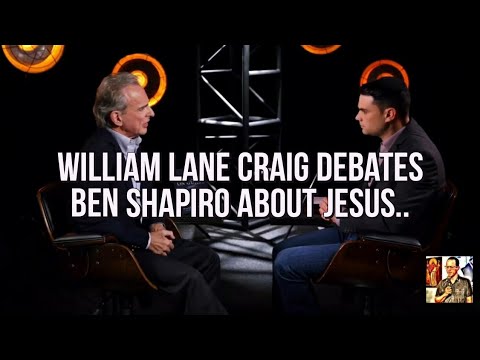