What the Bible say about Hell, Judgment, and Eternal Punishment? 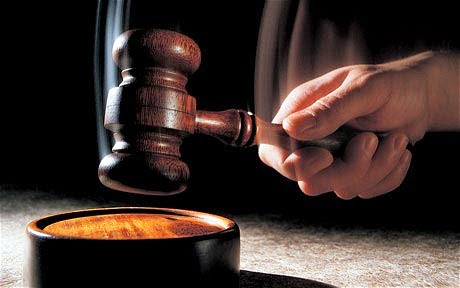 So, as you can see there are certain clear statements in the word of God regarding Hell and Eternal Judgment that we can be absolutely sure about. As I mentioned earlier in this paper two major elements of the implications of hell that are currently in debate between Eternal Conscious Torment and Ultimate Annihilation advocates are: 1.) Is the soul naturally immortal or did the curse of death from Adam's sin only affect the body? That is, if the soul is naturally immortal, it would mean the soul of the wicked could be tormented forever, if not the fire "or the second death" would eventually destroy both soul and body, see Matt. 10:28.  2.) What is the duration of time that the wicked will be tormented in the lake of literal fire, will they eventually burn up as some scriptures seems to imply, (2 Thessalonians 1:9, Isaiah 47:14, Matthew 10:28, Matthew 7:13-14, Matthew 13:40-42, 2 Peter 2:6) or will they eternally experience the conscience torment of being encompassed by fire (Rev. 14:11)?  Whether or not we ever get a clear answer to these two questions doesn't negate the fact that hell is MOST CERTAINLY depicted as a place where perfect justice will be rendered to the wicked. We can be sure that Hell is the most terrifying place that anyone could ever go to. We can be sure that the enemies of God will regret having ever set themselves up against Him. We can be sure that sin, Satan, death, and evil will never again have a part in the land of the living. Now let’s move onto discussing the meaning of the phrase “eternal punishment” in the original languages and exegetically.
Many Evangelicals may not realize that there is actually a debate taking place regarding the meaning of everlasting punishment. I mean, come on, how much clearer can it get right? At first glance it would seem like having a debate over such a seemingly clear concept found in scripture would be absolutely pointless. Nevertheless, an interesting question has surfaced in reference to this component of the final judgment, that question being: "Does everlasting punishment equate to unending continual and repetitive punishing, or does it equate to a punishment that has an unending result or consequence?"

Let’s look at the most common scripture we find regarding this topic:

Before getting into the particularities of the debate itself I would like to uncover the basis of what exactly is being debated in this passage of scripture. The two words that seem to be in question in this portion of scripture are the words "everlasting" and “punishment." What I mean by "in question" is that these two words, depending on their meaning and usage, could absolutely mean two different things. So the debate centers on what the proper exegetical interpretation of everlasting punishment truly means. Let’s look at the Greek meanings:

Everlasting- Derived from the Greek word "aiōnion" which is used 45 times in the Greek Manuscripts of the New Testament. Aiōnion is derived from aiṓn which means "an age, having a particular character and quality." So aiōnion means properly, "age-like," "like-an-age," "age-characteristic," (the quality describing a particular age) or "relating to an age/ ages." If we combine this definition with the context of the 45 passages we find it in, we can be fairly confident that the word does tend to favor the words "eternal" or "everlasting." One must admit though, there is a marginal measure of ambiguity in asserting that aiōnion definitely means everlasting, I see a slight possibility that it could mean "age-long" or "a measure of undetermined time." (3. Strong’s Concordance 166)

Punishment- Derived from the Greek word "kolasis" which is used twice in the Greek Manuscripts of the New Testament. Kolasis is cognate to the latin word colaphus which means "a buffeting, a blow." Kolasis is thought to be derived from kolazo which means "to lop, prune, as trees, wings," this brings to mind the imagery of Matthew 13:30 where the weeds are gathered up from all of the Earth and burned. Kolasis is thought to properly mean (according to HELPS Word-studies), punishment that fits/ matches the one punished." (4. Strong’s Concordance 2851) Based on this definition, one could make a fairly persuasive argument regarding the justice of God revealed in Romans 2:6- "He will render to each one according to his works." This argument would state that if each person will receive a different measure of punishment according to their sinful deeds, then how could every one of them be punished unendingly? I have seen conditionalists make a good case by arguing that "eternal punishment" refers to the outcome of a finite process of punishing rendered in the lake of fire according to each person's deeds.

So, in essence this debate typically takes place between advocates of Eternal Conscious Torment (the traditional view of hell) and Evangelical Conditionalists (the annihilationist view of hell). The traditionalists would argue that punishment really means an infinite recurring level of torment, while the conditionalist would argue that punishment means a finite penalty which results in an eternal outcome. In this regard I remain undecided as to which view is ultimately correct. It seems to me that you would almost have to change the word "punishment" to "punishing" in order to accomplish the traditionalist interpretation, but then you would have to explain how phrases like "forever and ever" in other parts of the Bible that speak about hell means a “period or age” of time in order to accomplish the conditionalist interpretation. Nevertheless, the debate rages on.

In this paper we discussed a brief history of the different views of hell in the church. The scripture is clear that hell will be a tormenting, excruciating, and terrifying place of punishment for the wicked, but there seems to be at a consistent evangelical debate over the centuries regarding the duration of hell to the point where I feel it wise not to carry a heavy dogma regarding the issue. I would rather stress the perfect justice of God and how horrible it will be for those who reject Christ however long the duration may be. We also discuss the meaning of eternal punishment from a word meaning and exegetical perspective. This paper was intended to approach the topic of hell, justice and eternal punishment, from a balanced Biblical perspective, and I pray you were bless while reading it’s content!