A Review of: "Calvinism, Arminianism & The Word of God: A Calvary Chapel Perspective" By: Chuck Smith 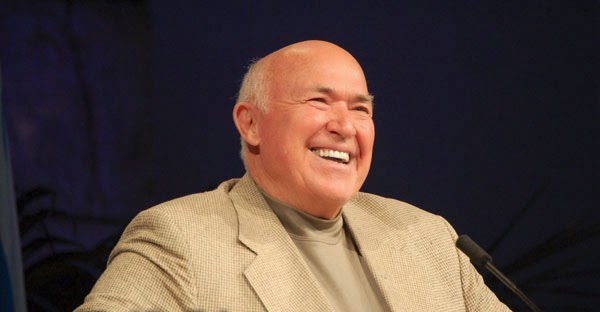 First of all I like the format of the paper in which he clearly set out to address both views and then clarify the Calvary Chapel stance. A couple of things that I noticed I want to point out below:

Overall he did a fair job conveying the Arminian view, however I am not sure why he seemed to be confused on a couple of things he said. Over the year Arminius’ beliefs have been misrepresented and demonized by Calvinists so I can see why he made a few false assumptions regarding their beliefs.

1. He stated, “Arminius believed that the fall of man was not total, maintaining that there was enough good left in man for him to will to accept Jesus Christ unto salvation.”

This is actually a description of a soteriological view called Semi-Pelagianism which was condemned as a heresy early in Church history by the Catholic Church at the Second Council of Orange in 529 AD. Arminius clearly taught that man was totally depraved and unable to choose God of his own accord, but he argued that through God’s general grace “the ability to respond” to God’s revelation and call is provided to man when God draws him (see Titus 2:11), and God draws all men unto Himself through Christ (John 12:32). But man in response to this drawing can choose to reject God’s revelation and trade the truth of God for a lie by the function of his “freed will” (see Romans 1:25).

Arminius wrote, “Concerning grace and free will, this is what I teach according to the Scriptures and orthodox consent: Free will is unable to begin or to perfect any true and spiritual good, without grace.... This grace [prœvenit] goes before, accompanies, and follows; it excites, assists, operates that we will, and co operates lest we will in vain.”

2. Chuck wrote, “Arminius believed that election was based on the foreknowledge of God as to who would believe.”

This is primarily a Methodist belief called “foresight faith election.” There is a whole slew of Arminians and Non-Calvinists who subscribe to an more Biblically consistent view called “Corporate Election.” Corporate election refers to a  view that understands election to be based on "God choosing in Christ a people whom he destines to be holy and blameless in his sight." Put another way, "Election is the corporate choice of the church 'in Christ.'" So it is Conditional because only “those in Christ are the Elect of God,” and in order to be included “in Christ” we must believe the Gospel. Which I agree with.

It is true that the majority of believers who believe in a possible loss of salvation are Arminians. But,
Arminius and many others have rejected this aspect of popular belief in the Armianian camp over the years. Even the Society of Evangelical Arminians admits this fact as says that people who accept eternal security are still consistent with historic Arminanism http://evangelicalarminians.org/survey-are-you-an-arminian-and-dont-even-know-it-2/

Many Non Calvinists simply argue that after one freely believes the Gospel, God seals them unto eternal life (Ephesians 1) and “God works in them  will and to work for his good pleasure (Philippians 2:13).”

4. On the review of Calvinistic Doctrine Chuck did a very good job of articulating their view so I don’t have any comments, except that I personally reject the ULI of TULIP and subscribe rather to corporate election in Christ, Unlimited atonement, and general resistible grace to all as the Traditional Baptists do.

5. Regarding the Calvary Chapel view of election Chuck says, “We believe that God chose the believer before the foundation of the world (Ephesians 1:4-6), and based on His foreknowledge, has predestined the believer to be conformed to the image of His Son (Romans 8:29-30). We believe that God offers salvation to all who will call on His name.”

I think this is a very balanced perspective and it seems to fit very consistently with corporate election in Christ (God calls everyone, but only chooses those who are included in Christ by accepting His invitation). In the times of Christ the Jews and Greeks both saw society from a very group oriented perspective, not the individualistic perspective we have today. Even the corporate  Nation of Israel were elect “In Jacob” (in connection to their being of his seed), so in the same way we as a corporate body of believers are elect “in Christ” (in connection to being His seed through faith).

6. Regarding the Calvary Chapel view of eternal security Chuck says, “Maintaining a Bible-centered balance in these difficult issues is of great importance. We do believe in the perseverance of the saints (true believers), but are deeply concerned about sinful lifestyles and rebellious hearts among those who call themselves "Christians." We don't have all the answers to these matters, but we desire to be faithful to the Lord and His word.”

I agree wholeheartedly with this, very well put!

7. All in all it was a great article and worth sharing with others because I believe the 5 alternative points  that Chuck gave to define the Calvary Chapel perspective are right on the mark. However, I think Chuck misunderstood historic Arminains a little bit and I don’t want people to confuse Arminians with Semi-Pelagians due to the heretical proclamation that was pronounced early on  in the Council of Orange.  I would be in favor of all churches adopting the 5 Calvary Chapel points for their church since they take on a very balanced perspective and help us have a systematic way of responding to questions about Calvinism. God bless!