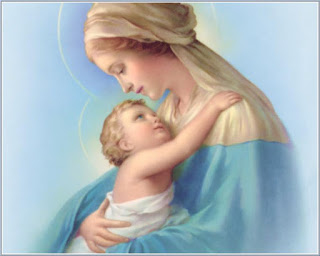 To start I want to make sure that I make it clear for those who have been through the tragedy of abortion that God loves you tremendously. He died on the cross to bring healing, forgiveness, truth, love, and mercy! If you have had an abortion God stands ready to heal and forgive with arms wide open! Click here to read more about this.

The primary factor in answering the question "should Christians support abortion" is whether or not an unborn child is considered alive in the Biblical sense of the word, in other words, "is an unborn baby considered a human being to God?" This is the primary factor because the Bible clearly states that we should not murder someone or shed the blood of an innocent person (Ex. 20:13, Prov. 6:16). So the two things we want to look at in this article are the Biblical data regarding how God views the unborn, and a couple of common arguments related to the abortion issue.

There are multiple scriptures that refer to the unborn Job 10:8-12, Isaiah 44:2, Psalm 139:13-16 , Psalm 51:5, Genesis 25:22, Hosea 12:3, Jeremiah 1:5, Luke 1:41, Matthew 1:18-20, each of these scripture references refer to the unborn as a person. When Elizabeth conceived John the Baptist the scripture called him a "baby" while he was still in her womb (Luke 1:41). This reference uses the same Greek word that the Bible uses for the word "baby" when referring to newborn children. So whether out of the womb or in the womb, God considers us human beings. We even find Mary from the time of conceiving Jesus to be "with child" (Matthew 1:18-20). This means that God considers us human beings from the moment we are conceived.

Since God considers the unborn to be human beings then it logically follows that we should not take the life that God gave them. Therefore, Christians should not support abortion. Some people support abortion because they believe that people will get abortions whether it is legal or not so we might as well make it a safer process for people who want to get one. The problem with this is that we are expected by God to protect the life of the innocent rather than make sure that those who seek to kill their unborn child have a safe way of doing so. This produces a trade off that amounts to trading protection for the innocent in order to provide protection for those who seek to harm the very ones we are expected to protect! Nobody wants women to be harmed, however people who seek to harm others should not have a free pass to do so.

One other common argument made for abortion is that countries who outlaw abortions have basically the same abortion rate as countries that allow them. This is just not true when you look at the data. In a recent study, 9 of 11 named countries which have made abortion illegal are in the bottom 75 regarding abortion rates. These include:


These percentages reflect the amount of pregnancies which end in abortion within the named country. As a reference point, the United States has an abortion rate of 22.6%. The statistics produce a trend which shows countries with pro-life laws having a lower abortion rate than countries with pro-abortion laws (http://fellowshipoftheminds.com/2011/11/01/abortion-rates-for-101-countries/). Now I do want to address the fact that some countries who have banned abortion remain somewhat higher on the list regarding the abortion rate (Brazil is one example). This is primarily attributed to lack of enforcement of abortion laws and lack of available birth control.

So as we can see Christians should not support abortion. The reason for this is because as Christians we are to look to God's Word for the answer to all ethical and moral questions. There is a lot to be done in order to address the abortion issue in our society including birth control issues, education regarding abstinence, greater available resources for adoption options, and etc. These other issues cannot be properly addressed if Christians do not bring moral clarity to an issue that is truly heartbreaking to God. May we all seek His wisdom as we advocate for the life of the unborn and the protection of the sacred relationship between mother and child. God bless!