What is Corporate Election? Is Predestination Biblical? 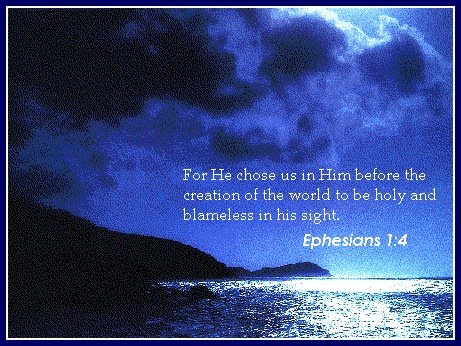 Here is an another excellent concise summary of the doctrines of conditional election and predestination from the corporate election perspective, which differs from the traditional Arminian view of individual election based on foreseen faith. <borrowed with permission from SEA Blog site and with some edits by Professor Leighton Flowers>

Both the traditional view and the corporate election view are allowed in SEA, for both conceive of election and predestination as conditional on faith in Christ. This material comes from Zondervan’s NIV Life Study Bible (now available only in the KJV under that name but still with the NIV or other translations). The description of the doctrines of election and predestination is followed by some comments quoted from the study Bible’s notes on 1 Peter 1:2 and Romans 8:29 to show how the corporate election perspective might view the place of foreknowledge in election, also quite different from the traditional Arminian view, though completely consonant with Arminian theology, figured as it is within a conditional view of election and predestination.

(4) The election to salvation and holiness of the body of Christ is always certain…(a) God’s eternal purpose for the church is that we should “be holy and blameless in his sight” (Eph 1:4). This refers both to forgiveness of sins (1:7) and to the church’s purity as the bride of Christ. God’s elect people are being led by the Holy Spirit toward sanctification and holiness (see Ro 8:14; Gal. 5:16-25). The apostle repeatedly emphasizes this paramount purpose of God (see Eph 2:10; 3:14-19; 4:1-3, 13-24; 5:1-18). (b) Fulfillment of this purpose for the corporate church is certain: Christ will “present her to himself as a radiant church…holy and blameless” (Eph 5:27). (c) Fulfillment of this purpose for individuals in the church is conditional. Christ will present us “holy and blameless in his sight” (Eph 1:4) only if we continue in the faith. Paul states this clearly: Christ will “present you holy in his sight without blemish…if you continue in your faith, established and firm, not moved from the hope held out in the gospel” (Col 1:22-23).

Predestination. Predestination (Gk prooizo) means “to decide beforehand” and applies to God’s purposes comprehended in election. Election is God’s choice “in Christ” of a people (the true church) for himself. Predestination comprehends what will happen to God’s people (all genuine believers in Christ).

Summary. Concerning election and predestination, we might use the analogy of a great ship on its way to heaven. The ship (the church) is chosen by God to be his very own vessel. Christ is the Captain and Pilot of this ship. All who desire to be a part of this elect ship and its Captain can do so through a living faith in Christ, by which they come on board the ship… Election is always only in union with the Captain and his ship. Predestination tells us about the ship’s destination and what God has prepared for those “marked in Him by faith” (Eph. 1:13). God invites everyone to come aboard the elect ship through faith in Jesus Christ. [Life in the Spirit Study Bible, pp. 1854-1855]

Life in the Spirit Study Bible note on 1 Peter 1:2 — the foreknowledge of God We are “chosen” to be God’s people according to his foreknowledge, i.e., according to God’s own comprehensive knowledge of his plan of redemption in Christ for the church, even before creation and human history began (see Rom. 8:29 note).


NOTE: No, this is not an impersonal view of election, as some opponents suggest: In fact, one could argue that it is MUCH more personal because it is a choice of an individual WITH ALL THEIR SIN IN FULL VIEW. Calvinistic election to salvation is said to take place prior to the creation of the world and without any regard to the personhood, choices, actions of the individual. What is more impersonal than that? Ask any woman if she would rather be loved by a man who chose her based on a prearrangement with her parents without regard to anything about her personally before she was born, OR a man who knew her fully, faults and all, and chose to love her anyway! Our corporate view of election is MUCH more intimate and personal than the Calvinistic theory and it does involve individuals being chosen despite many false misconceptions of this view that have been propagated by those who do not rightly understand it. <note added by Professor Flowers>

Foreknowledge is virtually a synonym of God’s sovereign and far-seeing purpose to redeem according to his eternal love. The “chosen” are the company of true believers, chosen in harmony with God’s determined plan to redeem the church by the blood of Jesus Christ through the Spirit’s sanctifying work (see article on Election and Predestination, p. 1845). All believers must participate in their election by their response of faith and by being eager to make their calling and election sure (see 2 Pe 1:5, 10, notes).

(1) Foreknowledge means that God purposed from eternity to love and redeem the human race through Christ (5:8; Jn 3:16). The recipient of God’s foreknowledge or forelove is stated in plural and refers to the church. That is, God’s forelove is primarily for the corporate body of Christ (Eph 1:4; 2:4; 1 Jn 4:19) and includes individuals only as they identify themselves with this corporate body through abiding faith in and union with Christ (Jn 15:1-6; see article on Election and Predestination, p. 1854)

Another corporate interpretation of foreknowledge in relation to election beyond those mentioned by the study Bible is that it refers to the prior acknowledgment of the corporate people of God as his covenant partner (see Brian Abasciano, “Clearing Up Misconceptions about Corporate Election”, Ashland Theological Journal 41 [2009] 67-102).

Click Here for a great video on Corporate Elction.