Does God hate me when I sin? 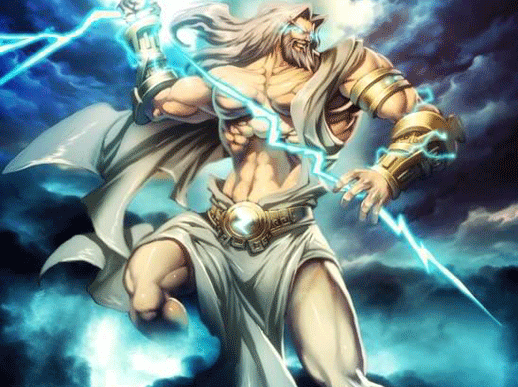 The feeling of condemnation one can experience when they sin can be overwhelming, and at times destructive. I can relate to the sick feeling of grief that is felt in your spirit when you have given into a temptation and afterward you feel like you have been taken for a ride by the devil. Sometimes you really did sin, other times you feel a sense of aggravated conscience over breaking man made rules and regulations. It is important do be aware of what God actually considers sin before allowing yourself to feel condemned for breaking man made and societal rules of morality.

For example, a person may attempt to heap condemnation upon you for expressing disagreement with something like gay marriage. In our society expressing disagreement with such a concept has been considered what amounts to a "societal sin" by those who defy God's word in the matter. They will often call you bigoted, hateful, against human rights, a religious zealot, and etc. But this does not mean that expressing such a disagreement was a sin in God's eyes. God holds the same view regarding gay marriage, He disagrees with it. Not only does He disagree with it, He defines marriage as only between a man and a woman. Going further into this is beyond the scope of this article but my point is that there are many "societal rules" that are not "Biblical rules" and we should not feel bad if we step on some people's toes by agreeing with the Word of God. We must always remember to use a loving attitude and wisdom when discussing delicate topics with unbelievers. I am in no way encouraging the deranged methods used by groups like Westboro Baptist church who claim that God actually hates sinners (which is not what Jesus teaches), I am simply encouraging people to not compromise their belief in God's word due to societal pressure.

On the other hand  we have instances in which we actually do sin against God by giving into temptation. This is when our flesh or demonic spirits tempt us into disobeying God and succeed. Afterward we feel dirty, confused, regretful, and some times a sense of hopelessness and depression. It can seem as if God hates us when we sin. The truth of the matter is that God hates when we give into sin because it harms our spiritual well being, but He love us with an EVERLASTING love. In reality, God hates when we sin BECAUSE He loves us! This is comparable to how if you had a child that kept throwing himself on the ground and hurting himself you would hate what they are doing, but that doesn't mean that you hate your child though.

This is a good analogy to go with when it comes how to respond when we give into temptation and we are feeling defeated afterward. If your child kept throwing himself on the ground and hurting himself, the first thing any loving parent would do is say, "stop doing that, I don't like when you do that." This is what God initially does when we sin, the Holy Spirit is grieved and a feeling of sickness and guilt begins nagging at us deep in our heart. The next thing any loving parent would do is pick their injured child up and tend to their wounds. In the same way God will heal us and cleanse us as we confess our sin to Him (see 1 John 1:9). But if we resist the voice of our conscience calling us to repent it can eventually be drowned out, and this can lead to more and more despair. We should be quick to repent when we sin, otherwise we set ourselves up for a BIG fall. The next thing a loving parent would do is take a moment to talk with their child and explain why they shouldn't throw themselves on the ground. This is where we need to let God counsel us through His word, His word is food for our spirit man, it strengthens us to resist temptation and grow in our walk with Christ. And the last thing a loving parent would do is give their child a hug and remind them that they love them more than anything. When we confess our sin and listen to the voice of God's word, God pours out His tremendous love upon us reminding us of how great He truly is and how deep His love for us really goes!

I'm writing this post because just like everybody else in the world, I sin. And when I sin I need my Daddy God to chasten me, pick me up, heal me, counsel me, and love me. As a Pastor it is much more difficult to avoid the trap of beating myself up over and over when I sin. But I am thankful that even though God calls me to lead by example in making good decisions, He also calls me to lead by example when I make bad decisions. I cannot teach others to not beat themselves up over and over when they sin if I do that very thing when I sin! So what I have learned is that God wants me especially to set the example of RUNNING to Him when I sin. He will deal with our sin better than we ever could, but we have to come to Him, He invites us to with love in His eyes! I pray that God will empower all of us to cling to Him when we slip, knowing that His power is the only power that has defeated sin, death, the devil, and hell, He is faithful!!! Please share this post so that others may be encouraged to keeping fighting the good fight of faith when they stumble, God bless!