Is The Bible Reliable? 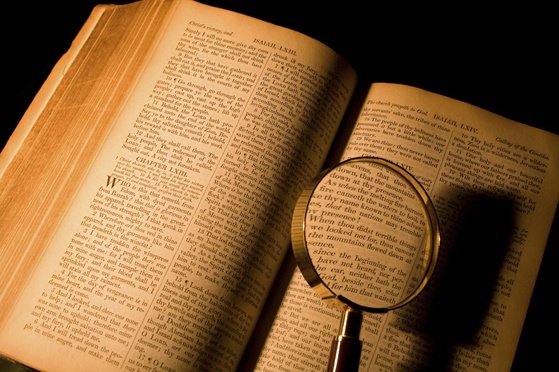 Over the past 2,000 years the Bible has been the most scrutinized ancient text out of every written work in the history of man. To this very day nobody has uncovered evidence that disproves it's accuracy, validity, or authority. Skeptics and scoffers have always existed, and the Bible has remained trustworthy despite the numerous attempts throughout history to discredit it.

Isaiah 40:8- "The grass withers and the flowers fall, but the word of our God endures forever.

The Bible could not have come from good men because they would be considered liars by claiming the Bible was written by God, when they themselves knew it was invented by them.

A Biblical researcher named Hugh Ross wrote that he counted around 2500 total prophecies in the Bible of which 2000 of them have been fulfilled to the tee. The remaining 500 are all interconnected and could be fulfilled within a very brief period of time. Some of the major fulfilled prophecies include:

-The Prophecies of Babylon, Nineveh, Tyre and Edom
-Babylon Will Rule Over Judah for 70 Years
-Babylon's Gates Will Open for Cyrus
-Babylon's Kingdom Will Be Permanently Overthrown
-Babylon Will Be Reduced to Swampland
-The Jews Will Survive Babylonian Rule and Return Home
-The Ninevites Will Be Drunk in Their Final Hours
-Nineveh Will Be Destroyed By Fire
-Tyre Will Be Attacked By Many Nations
-Tyre's Stones, Timber and Soil Will Be Cast Into the Sea
-The Jews Will Avenge the Edomites
-Edom Will Be Toppled and Humbled

Isaiah 43:5-6 and Zechariah 8:7-8 are two primary prophecies that were fulfilled in 1948 when Israel became a nation once again. No other nation in the world has been disbanded and reunited as Israel was, especially fulfilling a prediction made over 2,000 years ago.


353 Biblical prophecies were perfectly fulfilled in the life, death, and resurrection of Jesus Christ, these include:
-21 in Genesis
-10 in Exodus
-7 in Leviticus
-3 in Numbers
-5 in Deuteronomy
-1 in Joshua
-1 in Ruth
-2 in 1 Samuel
-4 in 2 Samuel
-1 in in 2 Kings
-3 in 1 Chronicles
-2 in Job
-102 in Psalms
-2 in Proverbs
-1 in Song of Songs
-125 in Isaiah
-5 in Jeremiah
-2 in Ezekiel
-12 in Daniel
-2 in Hosea
-1 in Joel
-1 in Jonah
-3 in Micah
-2 in Haggai
-29 in Zechariah
-6 in Malachi
Professor Emeritus of Science at Westmont College, Peter Stoner, has calculated the probability of one man fulfilling just 8 of the major prophecies made concerning the Messiah. The estimates were worked out by twelve different classes representing some 600 university students.

The calculations came out to be 1 in 1017. That's chances of 1 in 100 quadrillion! Stoner explains that those odds are comparable to filling the state of Texas with silver dollars 2 feet deep, taking a silver dollar with an X mark on it and randomly dropping it somewhere in the state. Then you would blindfold yourself and randomly reach into the pile and grab the exact same coin. This what statisticians call "operationally impossible." And that is only using 8 of the 353 prophecies regarding Jesus!

2. Archaeological Support:
When an Ancient book makes certain claims about certain historical locations, and evidence from Archaeology confirms the claims made in that book, it serves to support the books overall reliability. The Bible has been confirmed to be reliable in many different ways regarding archaeology, here are a few:

Support #1:
Luke, the author of the Gospel of Luke and Acts, has been proven accurate by archaeology in regards to 32 references to countries, 54 cities, and 9 islands. That's 95 different references, all of which have been supported by archaeology.
Support #2:
John, the author of the Gospel of John, 1-3 John, and Revelation, mentions in his Gospel that near the Pool of Bethesda there are 5 porches. For years, archaeologists believed John to be wrong. No such place had been discovered. But recently, 40 feet under ground, 5 porches were discovered.
Support #3:
There are 25,000 sites that show connection with the Old Testament that have been located in the lands of the Bible.

Support #1:
The most ancient textual evidence we have is a portion of the Gospel of John and Mark, on ancient paper called papyrus, John is dated just after 100 AD, Mark is dated closer to 84 AD. There is also a Magdalen fragment from Mat. 26 believed by some to be within a few years of Jesus' death; Gospel fragments found among the Dead Sea Scrolls dated as early as 50 A.D. No other ancient document enjoys such compelling manuscript evidence.
Support #2:
Bible translators have access to over 5,000 Greek manuscripts, 10,000 Latin and 9,000 other--totaling over 24,000 manuscript copies or portions of the New Testament when translating into modern English. With the earliest one dating within a few years of the death of Jesus.

On the other hand when comparing to other historical documents we see a vast difference:
Secular Manuscripts
(Source http://www.gotquestions.org/)
Support # 3:
We now have a total of 616 Old Testament manuscripts available for translation. During the early 1900's the validity of the Old Testament was debated because the majority of our Old Testament scriptures were translated from manuscripts called the "Masoretic Text." The oldest Hebrew text of the Old Testament was the Masoretic Aleppo Codex which dates to A.D. 935. Many skeptics proposed that because of the large time gap between the manuscripts and the Bible days we cannot trust that the Masoretic text is completely accurate.

However, the debate ended in 1947 when a Shepard in Israel was searching for his goat and stumbled upon an ancient cave that contained scrolls of the Old Testament. After these artifacts were tested the scrolls dated as early as 300 B.C. to the first century A.D. These scrolls became known as the Dead Sea Scrolls and when they were compared to our modern Old Testament translations the contents were virtually identical. The only variations between the two were insignificant spelling corrections.
Conclusion:
Based upon the logical evidence, fulfilled prophecy, archaeological evidence, and historical evidence we can rest assure that the Bible remains reliable to this very day. No other ancient text enjoys such an overwhelming amount of support. The most powerful evidence of the inspiration of the Bible are the billions of changed lives over the centuries which point to the power of a risen Savior. God bless!

image credit to: http://www.reasons.org/articles/embracing-scrutiny
Click below for my video teaching on this topic:
Part 1
Part 2