Do we sleep when we die? 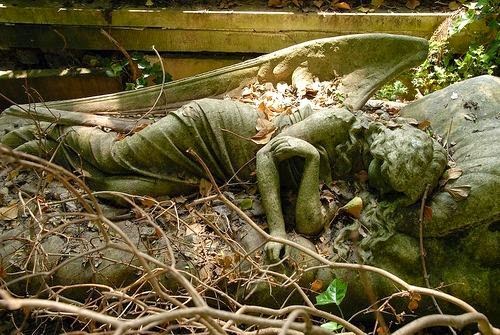 A perplexing Biblical question has been long debated in the world of Christianity. The idea of being able to transfer into the Presence of the Lord immediately upon death (2 Corithians 5:8) has been a thought of comfort and joy for many, at the same time the thought of entering into a state of unconsciousness that will compare to a night’s sleep awaking into the resurrection has long garnered much support from evangelicals, and it seems to have supporting scripture as well. I must admit, I would probably rather enter into Heaven immediately upon death, but the final say in the matter must be what God says to us about it in His word. I often wonder if our yearning for God as believers has caused us automatically snuggle up to this idea of existing spiritually and departing to Heaven upon death, has this desire kept us from objectively looking at the scriptures that seems to support soul sleep? In this blog I intend to evaluate this idea to find out what a good answer may be.

I recently observed two Christian friends converse on this very topic. One of them supported the notion that the righteous will go to a place of comfort or to God upon their death and the other argued that they will "soul sleep" and then "wake up" at the resurrection. The passage about Samuel being conjured up through a medium (1 Samuel 28) was brought up as proof for the idea that Samuel's spirit has went to a place of comfort or to God after his physical death. If this story genuinely describes this event as an appearance of the actual spirit of Samuel, it would be good evidence against "soul sleep" for the righteous dead. Lets take a look at the passage.

At the beginning of the chapter (1 Samuel 28) we see the Philistine army organizing it's troops for battle against Israel who was at that time under the kingship of Saul. Leading into the story of Saul consulting Samuel through the medium the Bible makes a very interesting statement (v. 3 NLT) "And Saul had banned from the land of Israel all mediums and those who consult the spirits of the dead." At first glance, it would seem that the Bible is indicating that mediums can truly "consult the spirits of the dead" but a closer look at the Hebrew reveals that the word hā-’ō-ḇō-wṯ (ob) really only means "medium" or "necromancer." Based on this, I would say that the NLT translators took great liberty in translating this particular verse to say "those who consult the spirits of the dead" when the majority of other English translations translate the word correctly as "medium." It is well known that mediums, sorcerers, wizards, and etc. produce counterfeit magic in order to deceive their audiences for financial gain so we must realize that we cannot base our conclusions about life after death on what we observe in the activities of sorcery and the like, but rather the clear teachings of God's Word.

As we move further on in the chapter we come across another very interesting element, (v.6-7 ESV) "And when Saul inquired of the Lord, the Lord did not answer him, either by dreams, or by Urim, or by prophets. Then Saul said to his servants, “Seek out for me a woman who is a medium, that I may go to her and inquire of her.” And his servants said to him, “Behold, there is a medium at En-dor.” Here we see Saul in distress regarding the approaching conflict between Israel and the Philistines, he decides to seek God through the Biblical guidelines of prayer, priests, and prophets, but he received absolutely no answer. In his fear and frustration Saul decides to go against not only God's law but also his own law by attempting to get an answer through a medium at Endor. This brings up the obvious question of "would God speak to somebody through a medium?" Based on the fact that God wouldn't go against His own word I believe the apparent answer is no, absolutely not. But as the story continues this question seemingly becomes more and more complicated to answer, and rightfully so.

So Saul decides to consult the medium in order to calm his fear and possibly receive some guidance regarding the coming conflict with the Philistines. The medium asks Saul (who was disguised) who he would like for her to conjure up and he tells her to bring up Samuel's spirit. At this another interesting event takes place, (v. 12 ESV) "When the woman saw Samuel, she cried out with a loud voice. And the woman said to Saul, “Why have you deceived me? You are Saul.” An immediate question that one would have is "why did she scream if it was merely a fake image of Samuel being impersonated by a demon?" Well, there are a couple things that come to mind at this question. 1. It was really Samuel's spirit and she was used to bringing up impersonating spirits so it surprised her (the most likely). 2. It was Samuel's spirit and she was afraid he may curse her (less likely). 3. It wasn't Samuel's spirit but rather a demon impersonating Samuel and she was putting on a act to try and convince Saul that is was Samuel (least likely). The reason I would say that option number 3 is the least likely is for a couple of different reasons that we will cover next. One might say "I thought you said that God would not go against His word and speak to Saul through a medium," and I would answer, "you're right." Apparently the medium knew she did not have the power to truly consult spirits of the dead (she was surprised that Samuel appeared), I would suggest that God was actually the one who brought up Samuel to speak to Saul and because of this the medium knew that it wasn't a normal session, and she was terrified. You will notice at the end of the chapter that she didn't charge Saul for his visit but rather paid him with a fattened calf and some unleavened bread. If she was taking responsibility for bringing up Samuel's spirit then I would've expected her to have responded a bit differently.

Now, after Samuel appeared we see a couple of interesting things at work. Right off the bat we notice that the Bible actually calls him Samuel and not "an impersonation of Samuel." We also see Samuel give Saul an accurate prediction that not only would he die the next day, but his sons would die as well, and it happened. One could argue that fortunetellers will often inflict "self-fulfilling prophecies" on people that occur because of a play on psychology and that this is what happened to Saul. But I would ask how did Samuel predict that Saul’s sons would die to? There is nothing in the passage indicating that Saul's sons were with him to be inflicted by a "self-fulfilling prophecy" given by an impersonation of Samuel. Here are a few indicators that this was truly Samuel. (v. 12) "When the woman saw Samuel." (V. 14) "And Saul knew it was Samuel." (V. 15) "Then Samuel said to Saul." (V. 16) "And Samuel said." So we see four instances in which the Bible could have framed this as an impersonation of Samuel but it bluntly states that it was Samuel.

One of the main objections that are made against the idea of the righteous existing in spirit form after death is from Ecclesiastes 9:5-6- "For the living know that they will die, but the dead know nothing;
they have no further reward, and even their name is forgotten. Their love, their hate and their jealousy have long since vanished; never again will they have a part in anything that happens under the sun." In some interpretations of this passage one would conclude that at the time of death people enter into a state of nonexistence where they "know nothing" until the time of the resurrection (soul sleep). But in context to Solomon's angle in this passage, where the theme is dominantly set on "life apart from God is meaningless," it is quite possible that Solomon is speaking of the unrighteous dead. Another interpretation is that Solomon is speaking of how the dead cannot continue to build knowledge and obtain earthly rewards after they are dead, yet their spirit still exists as seen in 1 Samuel 28. And still you have the "soul sleep" interpretation that assumes 1 Samuel 28 is an impersonation of Samuel, which is possible but I believe it's unlikely. One alternative that advocates of soul sleep may be able to endeavor in regards to reconciling this with 1 Samuel 28 is that Samuel was "soul sleeping" and God allowed him to come awake temporarily to prophesy to Saul.

At the end of the day, whether you believe the righteous will exist in spirit form immediately after death or that people will soul sleep until the resurrection is a secondary issue. For me, the fact that I will eventually be spending eternity with my Lord is what the main focus should be, and both views incorporate this truth. I will provide a link to more resources on each view below for further study. I will also plan to make another blog on this topic if the Lord leads me to do so.

Email ThisBlogThis!Share to TwitterShare to FacebookShare to Pinterest
Labels: do we sleep when we die?, eternal life, eternity, heaven and hell, soul sleep, what does the bible say about death?, where do we go when we die?