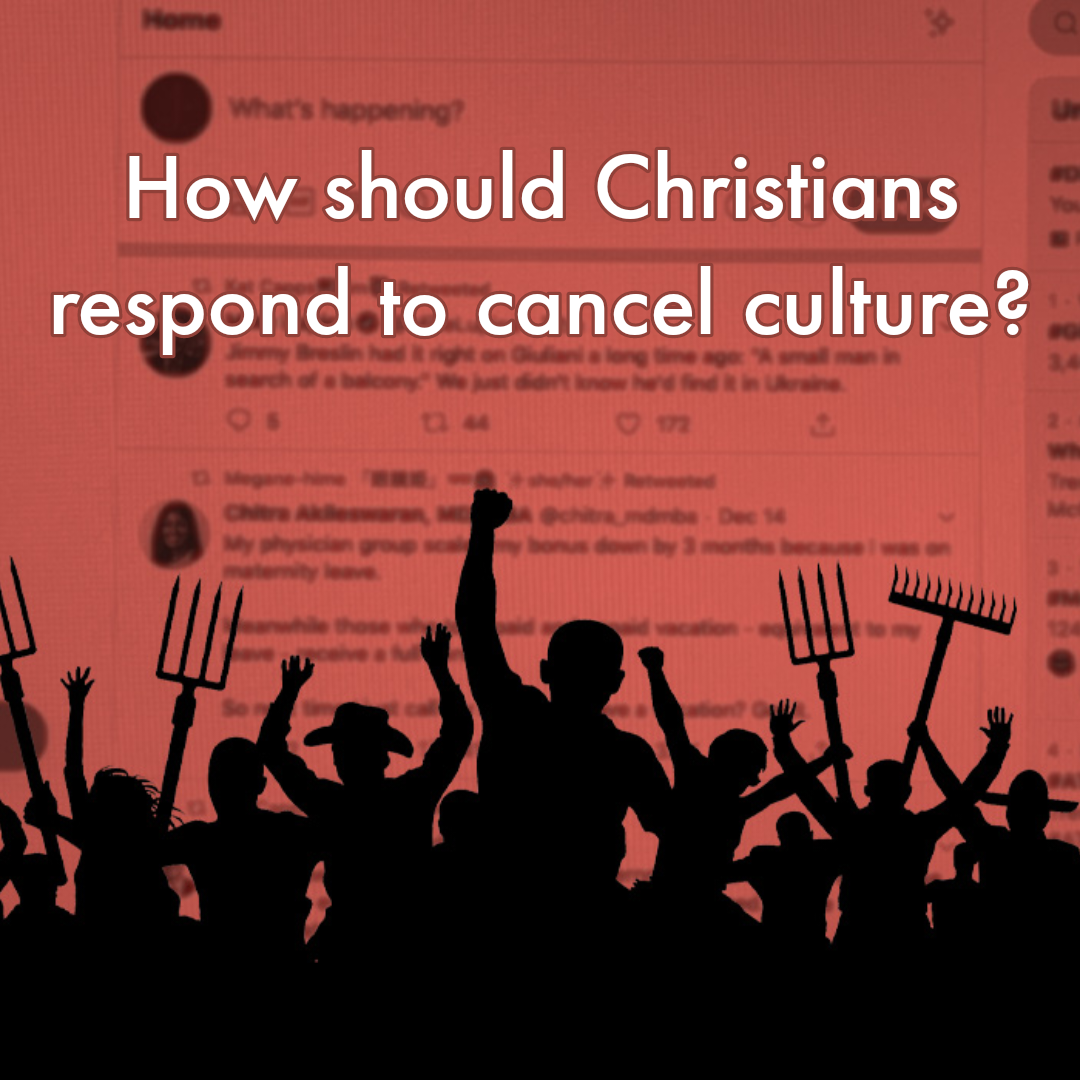 With the rise of modern technology and social media platforms in the past decade or so we have seen a vast increase certain ideological groups seeking to cancel, ban, and silence those with different, offensive, or annoying opinions. Most of this has been done in the name of seeking to preserve a "safe environment" for people to engage the internet with less of a risk of being "triggered" by a differing opinion. Though on a historical level the ability to limit certain free speech that incites physical violence or destructive behavior has been pretty much agreed upon by most people. It seems clear that the idea that those who say things which are wrong, offensive, or annoying should be canceled, silenced and sidelined is entirely un-American and ultimately not Christian.
Cancel culture is demonic and oppressive. It's the same tactic used by the enemy to oppose the gospel around the world. The message of the cross is offensive to those who don't want to admit their need for salvation. If we join a movement of "cancelling that which offends" we will eventually see that very movement seek to cancel the gospel itself. The world wants to cancel Jesus Christ. The Kingdom of God and cancel culture are like oil and water, they don't mix. One proclaims freedom, the other proclaims vigilantism . Believers ought to remain pure from this toxic worldview and instead faithfully proclaim the truth in love. Our message is simple but often offensive: "Jesus is the way, the truth, and the life, no one comes to the Father except through Him (John 14:6)."
Galatians 5:11 NLT- "If I were no longer preaching salvation through the cross of Christ, no one would be offended."
It's true that freedom of speech can be a double-edge sword because someone could use free speech to ridicule and emotionally abuse others. However, we must foster a society of adulthood and maturity in which someone is free to say an offensive statement to us, while at the same time we are able to retain our right to freely refute their bad ideas. If we foster a society where cancel culture rules it may temporarily silence the voice of our opponents, but it will eventually silence our voice to refute their wrong viewpoints in the long run.
Most importantly, Jesus never canceled anyone's ability to question him or say evil things in general. He refuted them instead. Cancel culture appears to practice "intellectual laziness" as it seeks to cancel people with opposing or bad opinions. What we should do instead is diligently show how their claims are false or wrong. Seeking to cancel may reveal that we don't want to do the hard work of self education and logical argumentation. If cancel culture is left to grow, it will eventually seek to cancel even the opinions of those who fostered it in the first place. In general, truth wins out when good dialogue is present... So we must preserve the right for people to discuss and debate topics, even controversial ones, so that truth can ultimately be revealed as a result. Otherwise we have a society that redefines truth through merely canceling their opposition.
Everyone agree that inciting violence or destructive behavior is not acceptable. But banning opposing ideas, even offensive ones will create a world of mono-culture rather than multi-culture. A world of robust, differing, and debatable opinions is a world where the best ideas can compete and rise to the top and human beings can learn from one another. Cancel culture is demonic. Cancel culture is unforgiving. Cancel culture is non-redemptive. Cancel culture represents the opposite of the Kingdom of God where freedom, forgiveness, and redemptive dialogue are the defining principle of everything we do. It's time for all Christians to rise up and speak out against this corrosive worldview that will eventually be the death of us all. May God give us wisdom to preserve the right of free expression for generations to come.
Written by: Kyle Bailey, D.Min.