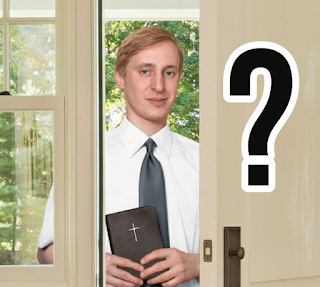 The history of Christianity is littered with debates about how certain ordinances of the church should be performed, how certain theology works itself out logistically, some minor disputes, and some very contentious disputes. Even so it remains true that never within the history of the Christian faith have the foundational beliefs that make Christianity a cohesive religion become altered or abolished by a consensus of believers. Even considering the variety of denominational expressions, each of them at their foundation affirm the historic underlying doctrine regarding God the Father, the nature of Jesus Christ, the Holy Spirit, the salvation that comes through Jesus Christ, and the church at large.

This cohesive underlying framework is what defines Christianity as comprehensive belief system in general. When a person or group of people claim to be Christian, yet at the same time deny the historical, foundational belief system of Christianity, they in turn remove themselves from the Christian faith as a whole. You wouldn't imagine a person claiming to be Muslim or Jewish yet at the same time denying the core tenants of Islam or Judaism, yet many people consider Jehovah's Witnesses (aka the Watchtower Bible and Tract Society of Pennsylvania) as nothing more than another denomination of Christianity. This is simply not the case.

Understanding what these foundational creeds of the Christian Faith affirm is essential in understanding why Jehovah's Witnesses are not considered by consensus to be within the sphere of Historic Christianity. In a nutshell the creeds affirm the following:

1. There is One God comprised of three persons: The Father, The Son, and The Holy Spirit.

2. Jesus Christ entered into human history by the Holy Spirit through the virgin Mary.

3. Jesus Christ is the sole provision for the salvation of mankind through His atoning sacrifice on the cross.

4. Jesus Christ rose from the dead and ascended to the right hand of the Father in Heaven.

5. Jesus Christ will return again to judge mankind and establish His everlasting kingdom.

6. The church is comprised of all believers worldwide and it's ordinances are baptism and communion.

7. The resurrection of the dead is a future event which will be performed by God as something for us to look forward to.

Firstly, in exchange for the historical Jesus as described in the Bible and in both foundational creeds of the Christian Faith the Jehovah's Witnesses have asserted a completely different Jesus altogether. Their claim is that Jesus is not God and is rather the "highest created being" namely - Michael the Archangel. This assertion directly contradicts the doctrine of the Deity of Christ which is in all possible regards the most well attested characteristic that makes the Christian view of Jesus distinct from every other World Religion. For example Orthodox Judaism defines Jesus as a 1st century Rabbi accused of blasphemy and Islam defines Jesus as one among many prophets of God. What makes Christianity unique among the conceptions of the person of Jesus Christ is it's assertion that Jesus is the invisible God made visible in human flesh.

Secondly, Jehovah's Witnesses reject the doctrine of the Trinity. As shown in my summary of the Apostle's and Nicene Creed the doctrine of the Trinity has been core to the Christian Faith since the beginning. Although the word "Trinity" is not used in scripture, the doctrine is formulated from the teachings of scripture as a whole. We use the word "Trinity" to describe the doctrine itself as presented in the Bible and the early creeds of the Christian Church. Christianity has always been historically unique for presenting God as "complex in His unity." The concept of One God in three distinct persons  (Father, Son, and Holy Spirit) has been a unique attribute of Christian monotheism from it's very inception and Jehovah's witnesses depart from this foundational teaching completely.

Fourthly, Jehovah's Witnesses reject the bodily resurrection of Jesus Christ in exchange for the idea that He rose as a spirit creature and that the material body of Jesus was taken away by God the Father. This belief violates another doctrine that is emphatically central to the Christian Faith as whole. The Bible records the bodily resurrection of Christ in every gospel account as well as throughout the New Testament, and the Apostle's and Nicene Creed both reaffirm this reality as a universal belief of Christianity from it's inception. Nevertheless, Jehovah's Witnesses here offer another of many irreconcilable contradictions to historic Christian belief.

Finally, it must be said that the information I have provided is by no means a comprehensive analysis of all beliefs that Jehovah's Witnesses hold which are contrary to scripture and thus Christianity as a whole. A brief list of other important contradictions would include things like their belief that Jesus died on a stake instead of a cross, the idea of works-based salvation, that only Jehovah's witnesses will be saved, their beliefs on hell and who the 144,000 witnesses in the book of Revelation are, etc. My intention in this analysis was to provide a refutation to the ideas that Jehovah's Witnesses are within the sphere of historic Christianity, and by comparing their beliefs to those of the early creeds of the Christian Church I believe the information provided here will suffice to that end.