For the video version of this article click here: https://www.youtube.com/watch?v=bqJevPWIxGU

The recent COVID-19 outbreak has brought our attention to the unavoidable reality of plague that has frequently been a part of human history. Starting in Wuhan China COVID-19 spread rapidly throughout every major continent in the world leading to panic buying, government mandated quarantines, social distancing, and higher awareness of hygiene practices. With the Center for Disease Control in the United States issuing guidelines asking for gatherings of no more than 10 people to be cancelled, churches across the nation have wondered what God is calling them to do in response. 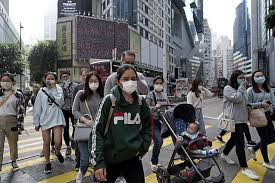 As with many events in the modern world it’s important to let history be our ultimate teacher in this regard. We need to take a close look at how the Christian church has responded to plague and outbreak throughout history and learn from what they did, both good and bad. The amazing reality that we begin to realize when looking at the Christian response to Pandemic throughout history is that in most instances it caused the Christian message to spread even as rapidly as the epidemic itself.

With the fear and pandemonium that is spreading across the world through our various communication portals it has become critical for the church to think strategically during this crucial moment in modern history. How can we leverage ourselves to spread the message of faith, hope, and love during this dark and depressing time? When people are faced with the reality of death we find an openness to the things of God like never before, and it’s our chance to share the Gospel with people and be the light of the world that we have been called to be!

One of the earliest Christian responses to pandemic in history was in the 2nd Century AD during the “Antonine Plague.” 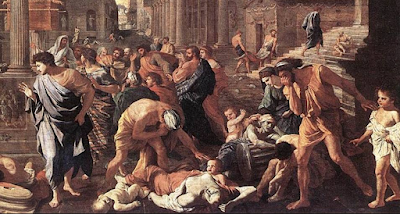 This smallpox type of plague spread rapidly throughout the Roman army and ultimately throughout the entire empire. At its peak it killed 2,000 people per day and over a 23 year period killed as much at 10 percent of the Roman population. During this horrible outbreak Christians took risky measures to care for the sick and as a result shifted the societal perspective from thinking that plague was the work of an angry Roman deity to understanding it to be the result of living in a broken world that is in rebellion against its Creator.

In the 3rd Century AD Christian responded to another, more widespread plague called “the Plague of Cyprian.” 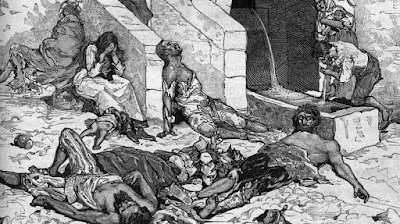 This plague was related to the modern Ebola disease that recently spread throughout some northern African countries. The plague lasted nearly 20 years and, at its height, reportedly killed as many as 5,000 people per day in Rome. A Church Bishop of the time named Dionysius stated that Christians, “Heedless of danger … took charge of the sick, attending to their every need.” As a result, the message of Christianity spread like wildfire throughout the Roman Empire once again leading up to the final legalization of the Christian faith not long after by the Emperor Constatine.

If we zoom forward over 1200 years later to the infamous Bubonic plague in the 1500’s we find the church maintaining a consistent philosophy of caring for the sick and responding to pandemic with courageous fortitude. 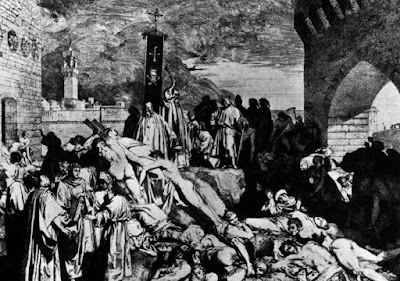 The famous Martin Luther, responsible for the Protestant Reformation, wrote a tract during this plague entitled “Whether Christians Should Flee the Plague.” In this tract Luther exhorts leaders in every sector of society as well as Pastors to not abandon their posts during the plague but rather to leverage their influence to care for the sick and share the gospel with a dying world.

In addition to this Luther in other writings admonishes Christians to not conduct themselves as “bad neighbors” by using bad hygiene and failing to adhere to quarantine orders. Here we find the tension between obeying the Great Commission and also using God’s Wisdom to not participate in the spread of disease to our neighbors. It is within this tension that we must live, not hiding away behind a wall of toilet paper and hand sanitizer, but also not disobeying governing authorities who seek to keep diseases from rapidly transmitting. We must think strategically with the heart of Christ regarding how we can care for the sick and hopeless during this moment of crisis around the globe.

The Christian response to COVID-19 is going to require a certain measure of risk, outside of the box thinking, and respect for governing authorities. I concur with Martin Luther as he admonished the church and other critical first responders to not abandon her post during the plague of the 1500s. I also concur that we must take drastic measures to act as good neighbors and not participate in the spread of disease through good hygiene and social awareness. Somewhere in between these two realities we will find God “doing a new thing and making streams in the wilderness (Isaiah 43:19).” We must be led by the Holy Spirit and willing to take a risk to care for those who are in need, we must not draw back in fear but find ways to share God’s message of faith, hope, and love through every available avenue during this time of panic and despair.

So what are some things that we can do to Respond to epidemic in a way that honors God? Here a few of my own suggestions:

1.) If you are a Christian first responder This is an opportunity to see your work as an extension of the Kingdom of God like never before. Recognize that everywhere you go you are an ambassador of the Kingdom in His Presence goes with you to protect you and influence others with the love of Jesus. See yourself not only as a medical professional but as a chaplain for the Kingdom of God.

2.) If you are a pastor or church leader be willing to take strategic risks to minister to those who are in need. Also leverage our modern technology to communicate with those who may be in a bad spot and need an uplifting word or someone to pray with.

3.)Take time to call friends and love ones and people that you haven't reached out to in a while and check on them. This personal touch will give people the understanding that you really do care about them and it may open a door for you to share the love of Christ with them.


4.)If somebody you know has been diagnosed with COVID-19 take steps to communicate this with the local church and organize prayer for this individual. Let us not underestimate the power of targeted prayer as God is still a miracle working God.

These are only a few suggestions that you can think about as we attempt to be ambassadors of God's Kingdom during this dark time period at the end of the day we need to be opening our ears to the voice of the Holy Spirit to show us how we can shine the light of Christ during this crucial moment. He will undertake strategic risks, keep yourself clean with good hygiene,and obey any reasonable recommendations from the government. Don't forget that this too shall pass and God's Kingdom will remain standing no matter how big of a challenge our world will face in the coming years.

If you do not have a personal relationship with God there's never been a better time to have His Presence in your life than now. He gave His only son Jesus Christ to die for our sins so that we can be forgiven and have eternal life. All you have to do is call upon Jesus in prayer and ask Him to save you and he will be faithful to do so. Whenever we call upon Jesus in faith the relationship with God that we have always needed begins in an instant. I encourage you to do this if you have never done it before and please let me know in the comments how we can be praying for you.