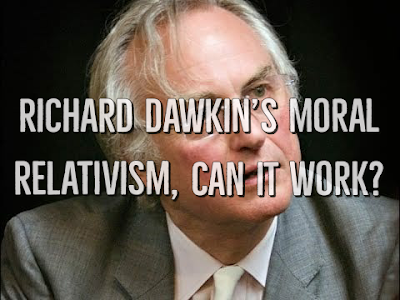 Frank Turek, the well known co-author of the book “I don’t have enough faith to be an atheist” says, “If there is no objective morality then love is no better than murder.” At first glance this statement appears to be quite extravagant to say the least. Any rational person knows that there is a stark contrast between love and murder, so isn’t it absurd to say that there is a world where these two things could be equal?

Surprisingly enough the world of moral relativism lays the groundwork for this kind of absurdity to exist in real-time. The fact that we all know innately that love and murder are opposite concepts on the moral spectrum is reason to believe that moral relativism is a bankrupt idealogy. In the world of relative morality we find that the definition of right and wrong is decided by popular opinion and human desire. This means, one society could consider murder as a grevious crime while at the same time a different society could consider murder as a utilitarian good, and neither could say the other is acting immorally.

Even worse, if molecule to man evolution is true, our conception of morality is nothing more than a chemically constructed belief. Richard Dawkins said:

“The universe that we observe has precisely the properties we should expect if there is, at bottom, no design, no purpose, no evil, no good, nothing but pitiless indifference.”

I must say that I appreciate the frankness of Dawkins in this statement as many atheists try very hard to avoid the logical conclusion of moral relativism. Dawkins faces this absurdity right in the face and admits it. One must ask, “Is this the kind of world we want to live in?” A world in which love and murder could be considered equally moral? A world in which there is no higher morality available to humankind so that we may live in a way that is truly honorable? Thankfully the world of relative morals is the imaginary one.

The world of relative morals is the the world brought into existence by secularists who are bent on ridding society of God. Is it the only alternative to the reality that murder is objectively wrong and love is objectively good as confirmed by a Transcendent Creator who has the proper qualifications to define good and evil absolutely. Many Atheists are terrified at the reality that the only way to truly justify morals is if they come from and All-Knowing, All-Loving, Omnipresent, All-Powerful, Eternal Being. Namely the God of the Bible.

Moral relativism can only be considered objectively good if moral relativism is false. This renders it a logically incoherent worldview worthy of rejection from all reasonable people. Unless objective morality is embraced by humankind once again, we are destined to cannibalize ourselves with opinionated morals that have no foundation in a transcendent truth.

View the video version of this article here: