Which Bible Translation is the Best? 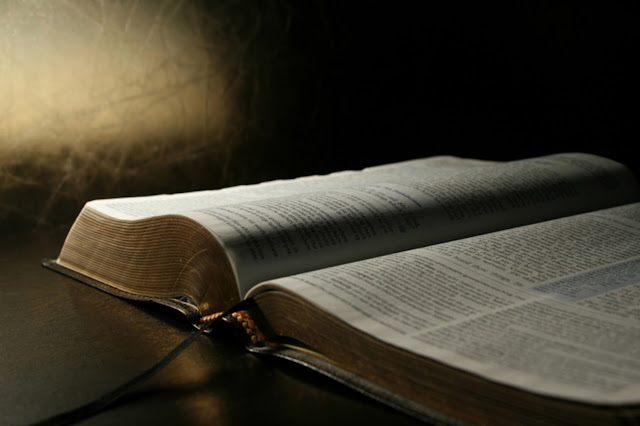 According to a 2015 report by the Barna Group, commissioned by the American Bible Society, 88% of American households own a Bible.  For those households owning a Bible, 39% enjoy a King James Version, 13% possess a New International Version Bible, and 10% of those owners are reading from the New King James Version as well as the English Standard Version.  Also appearing in that study was that 13% of American adults purchased a new Bible in 2015.  Out of those new Bible sales, the NIV led the sales charts in both dollar sales and units sold.  With over one hundred versions of scripture in print, what has drawn 70% of Bible readers to four translations?  Why has one version of the Bible dominated the market for decades?  For Christians living in the 21st century there are so many options to choose from when it comes to translations of the Bible, what attributes are Bible reading Christians looking for when selecting a Bible?  There are three main components to selecting a translation of the Bible; origin of manuscripts used for translation, method in which the translation was done, and reading level of the Bible.  Understanding these three topics should provide insight for readers as to how their Bible was composed and for selecting a translation for study.

When breaking down the origins of manuscripts used to translate the Old Testament, a majority of translations can be directly linked to the Masoretic Text in Hebrew, the Septuagint in Greek, and the Samaritan Pentateuch using the Samaritan Text.  There are other sources in existence, but these three would be the most reliable and most commonly used as shared by Gordon Fee;

The Hebrew Bible as it has come down to us had a long history of hand
copying within a carefully controlled environment, which Old Testament scholars generally consider to be one of great care.  The “standard” Hebrew text is the Masoretic Text, named after the Jewish scribes known as the Masoretes, who meticulously copied it.  The best evidence for the accuracy of the Masoretic text comes from a magnificent scroll of Isaiah, one of the Dead Sea Scrolls discovered near Khirbet Qumran in Israel in the 1940’s.  The Isaiah scroll, which preceded the earliest known Hebrew manuscript by nearly ten centuries, turned out to have a Hebrew text that, given the time difference between them, was remarkably similar to the traditional (Masoretic) text. (Fee 111)


The translators of most English translations of the Bible use the Masoretic text as their primary source for the Old Testament, but will use the Septuagint and other sources to critique and analyze the Hebrew text.  Although there are some Bibles in publication that use the Septuagint as its main text for translation, they consist of Bibles such as The Septuagint Bible and The Orthodox Study Bible, mostly found in English speaking Eastern Orthodox churches.
The Samaritan Text, while not widely used for translation, has sparked many debates since its discovery in 1631.  A majority of the controversy stemmed from Roman Catholics and Protestants, as scholars on both sides argued the validity of the Samaritan text in contradiction to the Masoretic text.  Jean Morin, on the side of the Catholics, argued that the Samaritan text corresponded with the Latin Vulgate and the Septuagint, two translations popular with the Catholic Church.   Scholars in support of the Masoretic text, have questioned the scribing and handling of the Samaritan text, stating the text has been popularized and expanded.  Now, almost 400 years later, the debate still continues with biblical scholars.
The New Testament is slightly more complicated to break down.  Our translations stem from two major sources, the Alexandrian text types and the Byzantine text types.  There are also Caesarean and Western test types, but those have been proven to be descendants of the other two.  The Alexandrian text types are the oldest known sources of the New Testament.  There are two complete copies of the New Testament in Greek dating back to the 5th century and fragments found to be from the 3rd century.  The first of the two complete New Testament manuscripts is the Codex Sinaiticus, a 400 page early text containing portions of the Old Testament in Greek and the complete New Testament.  The second is the Codex Vaticanus, a 759 page manuscript containing the Old and New Testaments in completion.  But while these Alexandrian texts date back earlier than their Byzantine counterparts, they only represent 5% of known manuscripts.
The other 95% of existing manuscripts are from the Byzantine text type, otherwise known as the “majority text”.  The Byzantine texts, while dating almost 200 years younger than the Alexandrian, are 5% bigger in volume of text.  While the exact cause for the variance is still in question, the general consensus is that the either the Byzantine was expanded or the Alexandrian was abbreviated.  While no proof of either exists, the expansive size of Byzantine works would make it less likely for changes to be made.  And compared to Alexandrian manuscripts, the Byzantine consist of more polished Greek and have less textual variations. “They are less likely to present contradictory or "difficult" issues of exegesis. For example, Mark1:2 reads "As it is written in the prophets..." in the Byzantine text; whereas the same verse reads, "As it is written in Isaiah the prophet..." in all other early textual witnesses. Since the quotation introduced is partly from Malachi, the Byzantine form of the verse avoids the difficulty that might be adduced were it to be concluded that Mark was presenting a factual inaccuracy.” (McPherson).  Given the size, consistency, and totality of the manuscripts, I believe the Byzantine texts would appear to be the more reliable source for translation.

The second factor in composing a Bible is the translation method.  There are three main avenues for translating scripture; formal equivalent, dynamic equivalent, and free translation.  The first, formal equivalent, is a literal style of translation that puts a priority on keeping the exact words and phrases from the original text.  The translators follow the scripture word for word in an effort to maintain the original text.  These efforts, while maintaining accuracy due to their exactness, can sometimes create a difficult to read text when changing languages.  The ASV, ESV, and KJB are just a few edition of the Bible that utilize the literal translation method.

Dynamic equivalent, also referred to as “thought for thought” translation, is another popular option for readers.  While the dynamic equivalent translation technique also tries to maintain its accuracy, there is also a large focus on writing style and grammar.  These translations have a reputation for being a more natural rendering of God’s word.  Joseph Green wrote about where he believed this type of translation would be beneficial;

Because dynamic equivalence eschews strict adherence to the grammatical structure of the original text in favor of a more natural rendering in the target language, it sometimes used when the readability of the translation is more important than the preservation of the original grammatical structure.  Thus a novel might be translated with greater use of dynamic equivalence so that it may read well, while in diplomacy or in some business settings, powerful people who do not understand the nature of translation may insist on formal equivalence because they believe that fidelity to the grammatical structure of the language equals greater accuracy. (Green 20.)

The dynamic equivalent method is used amongst the NIV, NAB, NLT, and the Amplified Bible. The Living Bible and The Message are two Bibles that are products of the free translation technique.  These Bibles use paraphrasing, or attempt to translate ideas from the original text without being bound by literary translation.  These Bibles tend to be more readable while sacrificing accuracy.  Scholars refer to this style as idiomatic translation, or place it at the extreme end of the dynamic equivalent spectrum.

The final component to be addressed is the reading level.  There are many different formulas to designate a reading level to a Bible.  Whether the Fry Formula, the Fog Scale Level, or the Flesch-Kincaid Grade Level system is used, it seems the results are very comparable.  There are a group of Bibles that are translated into a vocabulary geared to an elementary education.  The Good News Bible, New Century Version, and the New International Reader’s Version are all member of that group.  These Bibles are mainly utilized with youth, prison ministry, and for readers that English is not their native language.  The reading level for these Bibles range from 2.5-5 on the various scales.

After the first group of Bibles, the reading level increases mostly in line with the translation method and not as much related to the target audience.  The dynamic equivalent Bibles tend to rest more in the 6-9 reading level range, with the NLT averaging about a 6 across the metrics and the NIV mostly earning a 7.  Entering the higher level reading translations, the ESV, RSV, and KJV appear.  All three of these Bibles have been assigned a high school reading level grade related to their formal translation.  While the level or levels identified by the varying formulas are to be merely used as a guide, readers can find an appropriate Bible for studying the scripture.

Once an individual understands these three properties of the Bible and how to utilize them, they should be able to make an educated and informed decision in choosing their translation for studying scripture.  Even better, the individual could choose multiple versions for studying and apply the knowledge of biblical composition to acquire translations that vary in origin, or differ in translation method, that would provide a more well-rounded educational experience in the word.  The current translations available are always adapting, may that be due to changes in vernacular or position changes by biblical scholars.  But the three core components will always remain and by using origin, translation method, and reading level to make a choice in translation or critique a specific version, readers of the Bible can be confident in their source for scriptural study.
Bibliography


Fee, Gordon D., and Mark L. Strauss. How to Choose a Translation for All Its Worth: A Guide to Understanding and Using Bible Versions. Grand Rapids, MI: Zondervan, 2007. 111. Print.