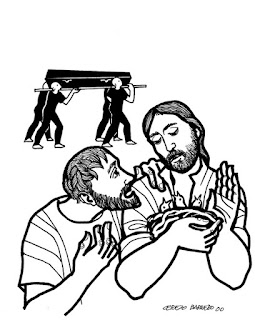 After I finished preaching one Sunday, I had two young men approach me and said the Lord had called them into the ministry, and they asked if I had any advice for them. I said, “Yes, I can give you my advice in one word: OBEY!” I think this is perhaps the single greatest word of advice anyone could have for discovering and remaining in God’s will. Unfortunately it is also one of the areas of greatest difficulties for so many of God’s people. We are like sheep—prone to wander and amazingly stupid. We are like donkeys—stubborn and willful. We are like peacocks—proud and vain. We are quick to analyze and rationalize but slow to obey. We are masters of procrastination and experts at justification. Making excuses comes naturally to us, but simple obedience seems so difficult.

Delayed obedience is disobedience! I have found this to be one of the most common reasons people fall short of the will of God in their lives. So many people are continuously waiting for the “right time” before they step out and do what God has called them to do. I once heard it said, “Those who forever seek the will of God are overrun by those who do it.”

In Luke 9:59–60 we read the story of someone whom Jesus called to follow Him: “And he said unto another, Follow me. But he said, Lord, suffer me first to go and bury my father. Jesus said unto him, Let the dead bury their dead: but go thou and preach the kingdom of God.”

I’ve known this scripture for as far back as I can remember, and I must confess that for most of my life I did not understand what was going on here. In the back of my mind I had this feeling that Jesus was not fair to that poor young man. The man had not responded negatively to Jesus’s call. He didn’t say, “No, Lord, I will not follow You.” Actually he was quite positive and made only a simple request, “Lord, suffer me first to go and bury my father.” Was this so much to ask? After all, which of us would not want to attend our father’s funeral? Which of us wouldn’t want one day off to bury a dead loved one? Which of us would not have made the same request if one of our parents had just died?

One day I was reading this passage over and over, trying to understand it. Finally I put my Bible down and said, “Lord, why were You so impatient with that young man? Why couldn’t You have given him one extra day to bury his dead father?” The Holy Spirit spoke to my heart so clearly. Rather than answering my question, He asked me a question of His own. He said, “What makes you think this man’s father was dead?” I looked at the passage again and realized it does not say anywhere that the father had died. It says only that this young man wanted to wait to follow Jesus until he had a chance to bury his father.

My eyes were opened, and suddenly I realized what was happening here. This young man wanted to put off obedience to the call of Jesus until a more convenient time. Perhaps his father was old and surely would not live much longer. The young man thought, “After my father is dead, that will be a much more convenient time to follow Jesus.” He probably figured Jesus would be around for the next fifty years preaching and teaching. Surely he had plenty of time. But within three years Jesus would go to the cross, and the chance to walk with Him and learn from Him one on one would have passed forever. This young man had no idea how precious, how rare, and how fleeting was this invitation. He missed the opportunity of his lifetime because of two costly little words: “But first.” Can you see it? This is what so many of us do!

Jesus comes to us, perhaps in our youth, and He says, “Follow Me.” We say, “Yes, Lord, I will follow You, but first let me finish my education.”

Time goes by, we graduate, and then He comes to us again. “Follow Me,” He says. We answer, “Yes, Lord, I will follow You, but first let me get a job and save up some money so I have something to fall back on.”

The years fly by faster than we expected. The young become old, and soon life has been spent. One day they lower our bodies into the earth to return to dust, and in the end so many never followed God’s call. My friend, the greatest tragedy in the world is a wasted life. Real life, in its fullest sense, is not merely having a pulse but doing the will of God. Many are dead while they live. “Let the dead bury their dead,” Jesus said, “but go thou and preach the kingdom of God” (Luke 9:60).

We are all familiar with the twelve disciples. These were the ones who responded to Jesus’s call. But I wonder how many people did not respond. This young man might have been disciple number thirteen. There might have been a book of the Bible named after him. His name might have been one of those written on the foundations in the New Jerusalem, but today we do not know his name. We know only of his epic missed opportunity. Let’s see the difference between his response to Christ’s call and the response of those who actually became Jesus’s disciples.

Matthew 4:18–22 gives the account of Peter’s and Andrew’s call. “Now as Jesus was walking by the Sea of Galilee, He saw two brothers, Simon who was called Peter, and Andrew his brother, casting a net into the sea; for they were fishermen. And He said to them, ‘Follow Me, and I will make you fishers of men.’ Immediately they left their nets and followed Him. Going on from there He saw two other brothers, James the son of Zebedee, and John his brother, in the boat with Zebedee their father, mending their nets; and He called them. Immediately they left the boat and their father, and followed Him.”

I love the way Luke describes this same event in his Gospel. “And when they had brought their ships to land,” he says, “they forsook all, and followed him” (Luke 5:11). Immediately they left their nets. Immediately they left their boats. They forsook everything and they followed Jesus. What a response! Something stirs in my soul when I read this. I want to jump up with those men and abandon everything to follow the SON of GOD wherever He goes. This is what that other unnamed young man was missing.

The opportunity of a LIFETIME only happens in the LIFETIME of the opportunity. There is a season for everything… Make a decision right now to say YES when God calls your name!!!