Should Christian public officials disobey laws that go against their conscience? 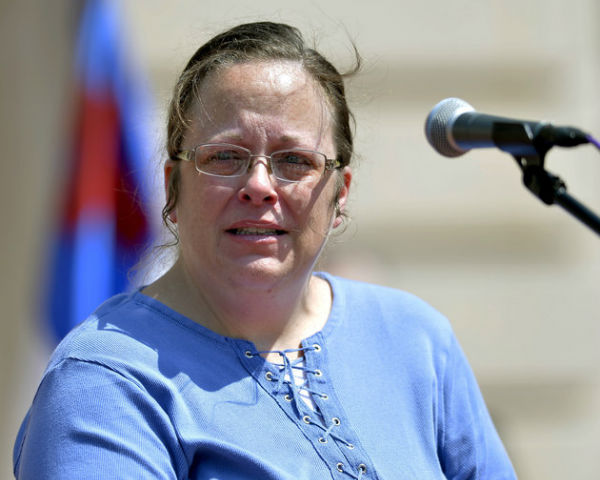 Much talk concerning Kim Davis, the Kentucky clerk of court who was jailed for not issuing gay marriage licenses, has spawned regarding the topic of civil disobedience. In this article we will take a brief look at Kim's specific situation, what the Bible says about civil disobedience, and then how that specifically relates to public officials such as Kim Davis who intend on disobeying laws that go against God's Word and their conscience.

Prior to the Supreme Court ruling on gay marriage that happened in June of 2015 Kim Davis took the oath of office as a county clerk in Kentucky (November of 2014), which was an oath to uphold Kentucky law. At the time, Kentucky had a ban on same-sex marriages in place. After the Supreme Court decision took place Kim Davis refused to issue marriage licenses to gay couples citing her religious convictions. Other arguments occurred pointing out that Kim took an oath to defend the laws that were in place at the time she took her oath of office and therefore she deserves an exemption on issuing same-sex marriage licenses until the end of her term. Eventually a judge ordered Kim to issue the licenses, and Kim disobeyed the order resulting in contempt of court and being remanded to federal custody.

The Bible commands submission to governing authorities (Romans 13) in all situations unless they are being commanded to do evil in direct opposition to what scripture commands. The first instance of Biblical civil disobedience is in Exodus 1 when the Hebrew midwives refused to kill infants as ordered by the Pharaoh. We find other instances in the Old Testament such as Rahab in Joshua 2 when she disobeyed the king's order to produce the Israelite spies, instead she protected them in good faith towards God. Several other instances of civil disobedience exist flowing all the way into the New Testament, specifically in Acts chapter 4 and 5 in which the Apostle Peter ultimately disobeyed the command given by Jewish authorities to not preach the gospel saying, “We must obey God rather than men” (Acts 5:29). It is important to understand that we are to submit to all governing authorities in all situations, the only time we have grounds to object is when we are being forced to do something which the Bible indicates to be sinful. The Bible does not support anarchy nor Nazi submission to law that results in breaking God's laws.

Our conclusion regarding the Kim Davis situation is this: It is not a black and white issue when it comes to whether or not Kim should have resigned or demonstrated conscientious objection. The Bible requires us to civilly disobey laws (in a non-violent manner) that contradict God's Word, it also does not specify whether or not we should resign or remain in office to take a stand in Kim's given situation, both are legitimate expressions of denying personal approval of gay marriage. This decision becomes personal between Kim and God. If God has called her to remain in office and take a stand then she is right in doing so, if God calls her to resign she is also right in doing so. Some may argue that dispensing a gay marriage license is not sinful in particular, the question we need to ask ourselves in that regard is "can we issue the license in good faith toward God?" The Bible says "whatsoever is not of faith, is sin..." This is something that we need to deeply consider. BiblicalQuestions.net does not condone issuing the licenses and recommends resignation, but we also recognize that God does call some people to stand and fight in certain situations. All in all we need to pray for Kim, and pray for all others related to this matter, no matter how we feel about they way she handled the situation. The fact that they have jailed her is absolutely outrageous and should bring great concern to every person of faith in the country. This could be the start of a slippery slope that leads to greater frequency of incarceration for people of faith. We resent any legal action that results in jailing an individual for demonstrating their religious convictions, that is not the American way, ever!