How do I bear fruit in my Christian walk? 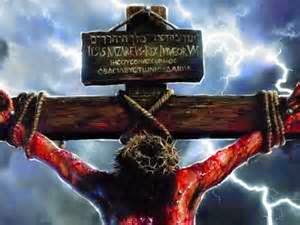 Love. It's arguably the most meaningful word in the human language. It's what every heart on planet Earth yearns for. It's the grand theme of the Bible. I believe that love is the reason people continue to have a life worth living, and when there is a lack of love, people find themselves in a hopeless pit of despair. In this blog I am going to focus on a passage from the book of Philippians. I want to help the reader to have a greater sense of simplicity when attempting to understand their purpose in life. I think that when we all dig deep we will find that the only way to live purposefully is to allow love to be our guiding princple.
Philippians 1:9-11- "And this I pray, that your love may abound still more and more in knowledge and all discernment, that you may approve the things that are excellent, that you may be sincere and without offense till the day of Christ, being filled with the fruits of righteousness which are by Christ Jesus, to the glory and praise of God."


Let’s focus on the first part of this passage: And this I pray, that your love may abound still more and more in knowledge and all discernment. The key words to define in this passage would be, love, abound, knowledge, and discernment. Let's take a look:
Love: from the Greek word agapaó- wish well to, take pleasure in, long for; denotes the love of reason, esteem. Implies love which one chooses to exercise through God's power.


Abound: from the Greek word perisseuó- exceed the ordinary (the necessary), abound, overflow.
Knowledge: from the Greek word epignósis- from epí, "on, fitting" which intensifies gnṓsis, "knowledge gained through first-hand relationship" – so in means properly, "contact-knowledge" that is appropriate ("apt, fitting") to first-hand, experiential knowing.

Discernment: from the Greek word aisthésis- the brand of sense-discernment which "cuts through" hazy ethical (moral) matters to really "size things up."


Based on the clarity that defining these key terms has brought our understanding of these words I want to give a paraphrased version in order to elaborate better on the meaning of this passage:
"And this I pray, that your unconditional love that comes from God may grow to the point of overflowing as you continue to become one with Christ by learning from Him first handedly, which helps you to filter out that which is unfit, this will help you approve of the things which are excellent, that you may be sincere and without offense till the day of Christ, being filled with the fruits of righteousness which are by Christ Jesus, to the glory and praise of God."


It's important to realize that Paul begins by stating his godly desire for the Philippian Christians; he wanted them to "overflow in God's unconditional love." After stating this goal he gives very detailed instructions in how to obtain it, he says "continue to become one with Christ by learning from Him first handedly." Therefore, we become capable of showing God's love toward one another as we make it a priority to grow in our first-hand knowledge of Christ. This means we need to spend some time with Him. The Lord desires to lavish the riches of His love upon us daily as we seek His presence through prayer, worship, and reading His word with an open heart.
After addressing the first element of this passage Paul goes on to show how spending time daily in the presence of Christ does more than just cause our love for each other to overflow. Take a look at what he says next: "which helps you to filter out that which is unfit, this will help you approve of the things which are excellent, that you may be sincere and without offense till the day of Christ, being filled with the fruits of righteousness which are by Christ Jesus, to the glory and praise of God." Paul begins to describe an interesting process that takes place when we spend time in God's presence, the cloudy perception begins to fade away. As we go throughout our day the filthiness of the world around us begins to collect in our hearts and minds, through spending time at the throne of grace we find renewal and strength, we become clean and capable of discerning truth and promoting goodness.


Hearing the Pastor or other Christians tell us about God's love every single week does nothing for our inner man if we let the message fall on deaf ears. We will continue to go about life in the pit of despair or faking it until we make it. In this passage we find that God helps us to understand through Paul that the solution is knowing Him. When our spirit connects with God's Spirit by faith in His Son Jesus Christ, we are capable of loving others with an undying love. God's unquenchable, unending flame of love that surpasses understanding begins to position us to fulfill our purpose in life, and that purpose is to love. If you do know Him, put your trust in Him, if you know Him; invest your time in Him. His love never fails.